Be a Hero Save a Hemlock Tree 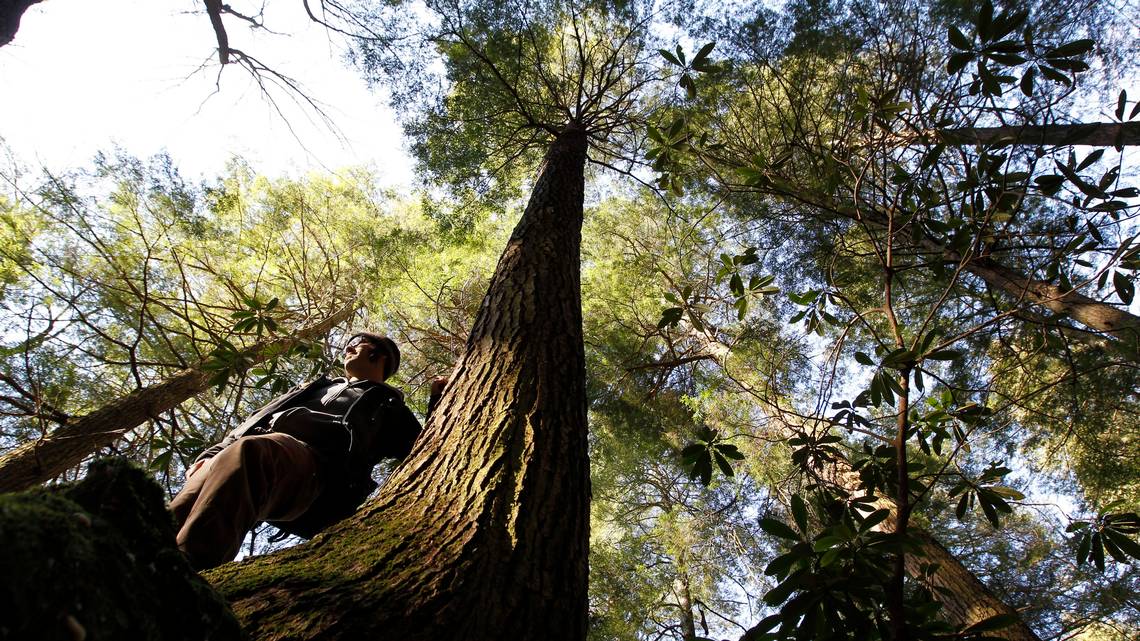 09 Jan Be a Hero Save a Hemlock Tree

Posted at 16:28h in Blog Posts by Kelly Burton
0 Likes

Jim Scheff of Kentucky Heartwood stood next to a towering hemlock tree in Angel Hollow in the Daniel Boone National Forest in Laurel County. Hemlock trees in other states have been devastated by infestations of the adelgid. Kentucky is trying to prevent the same fate.
(photo credit Andy Mead Kentucky.com)

Hope for Hemlocks is a project of Kentucky Heartwood a Commonwealth’s public lands protection group. They seek to protect and restore the integrity, stability, and beauty of Kentucky’s native forests and biotic communities through research, education, advocacy, and community engagement. Eastrn Hemlock (Tsuga canadensis) a tree of enourmous ecological importance and breathtaking beauty. Hemlocks in the east, including Kentucky, are being decimated by an invasive insect, the hemlock wooley adelgid (Adelges tsugae). Thousands of acres of hemlock forests on  public and private land have already been destroyed but this isn’t the end of the story.

You Could be the Next Hero
Join Hope for Hemlocks to assist finding the history and science of the hemlocks and adelgids. Preserving hemlocks for generations to come. They will be treating trees in a corridor along the Sheltowee Trace National Recreation Trail near Vanhook Falls in London-Laurel County Kentucky. Volunteers will measure and mark trees while licensed applicators apply the chemical insecticide imidacloprid.