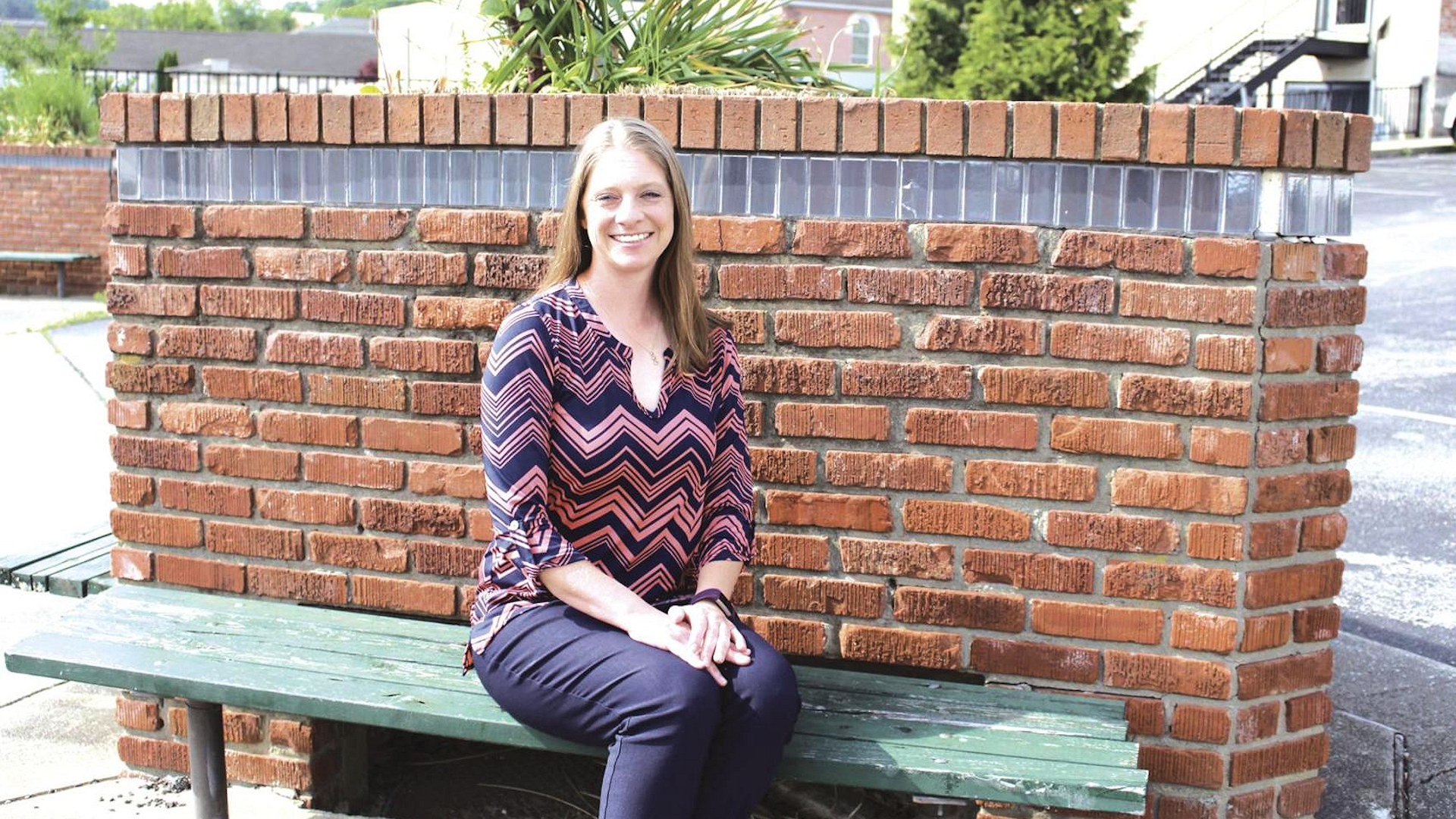 If the term “bubbling with enthusiasm” could be pictured, then Kelly Burton would be the top photo.

That quality is exactly what won her the job as the new co-director of the London-Laurel County Tourism Commission – one vacated by the recent retirement of Rodney Hendrickson in that capacity.

“I can relate to all generations,” she said. “I’m known for my enthusiasm and as a storyteller. If you are excited when you tell something, other people will be excited too.”

Burton is a native Laurel Countian, graduating from South Laurel High School before attending Cumberland College (now University of the Cumberlands) and earning her bachelor’s degree in communications and public relations. But her own passion for sports (she played soccer in high school and college) soon directed her into a second phase of interest – sports medicine and treatment.

“I went to massage therapy school in Knoxville. My goal was to work sports and massage in together,” she explained.

“Then I became a Zumba instructor and lead group exercises,” she said. “I wanted people to enjoy massage for health benefits.”

She also became involved in several hospital programs and found herself out in the public more and more – with her experience and degree in communications and public relations becoming intermingled with her massage therapy training.

“I found myself out in the public more and more and I was interacting with them with my passion of the moment – whether that was massage or CPR classes or Go Red for Women or the Baby Fair,” Burton continued.

When the position as tourism director became available, Burton decided to try her hand at that. Her selection, announced publicly on Tuesday by county tourism commissioners, came after over 60 applications and interviews with a variety of candidates.

“I think Kelly is a great addition to the team of the county tourism,” Collier said. “She’s very enthusiastic and ready to hit the ground running.”

Although she doesn’t literally run, Burton is active in hiking and biking and is interested in all outdoor sporting events – qualities she believes will enhance her abilities with sustaining and increasing tourism in the area.

“In 2016, my husband and I hiked the Sheltowee Trail, which was over 300 miles,” she said. “I met people from Illinois who came here on the weekends and hiked, went back home and came back the next weekend to hike more of the trail. I was mindboggled at the people I met on that trail and it motivated me to tell people what we have in our own backyards that we don’t even realize.”