A full evening of entertainment for the whole family, crowd-pleasing musicians and the largest display of fireworks in Southeastern Kentucky will make Red, White and Boom the place to be in London, Kentucky on Saturday, July 2. The annual July Fourth celebration will be held at College Park off the Ky. 192 Bypass behind the Laurel County Public Library. It has been a popular place to hold the event because of its ability to host huge crowds, and because the fireworks cast beautiful reflections on a large pond at the park. Red, White and Boom and the Wellness Park are both funded and supported by the City of London Tourism. The event is held in conjunction with Somerset Community College-Laurel County Campus. 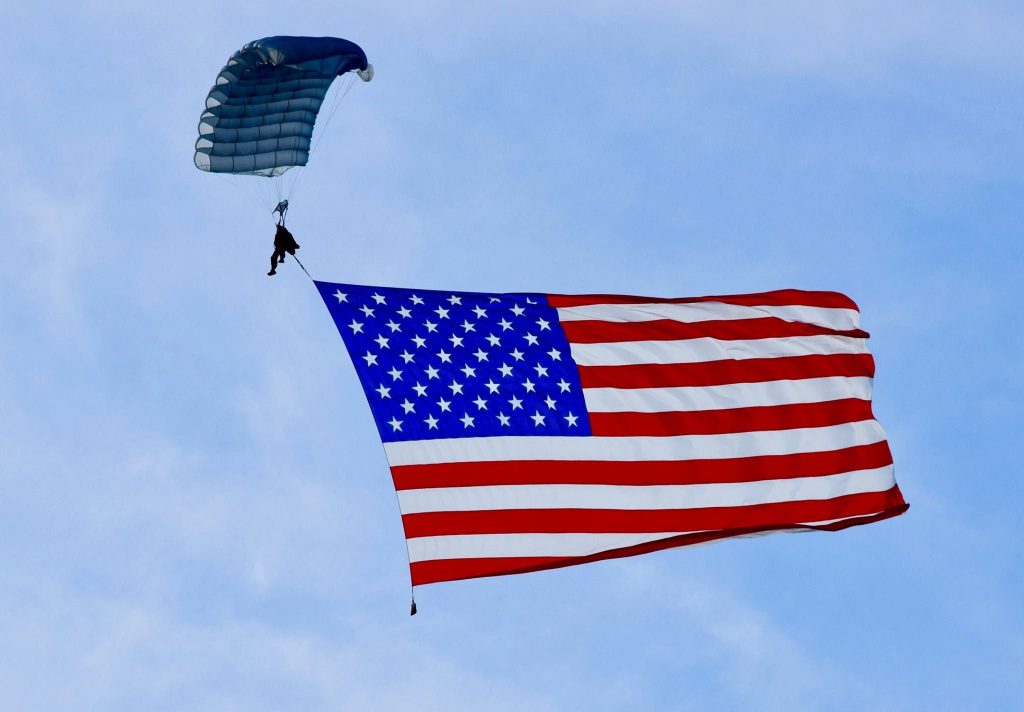 The Kentucky National Guard is bringing back its popular Blackhawk helicopter demonstration. Flag jumper Paul McCowan also is returning. He’s thrilled everyone at the celebration in previous years with his aerial patriotic display. 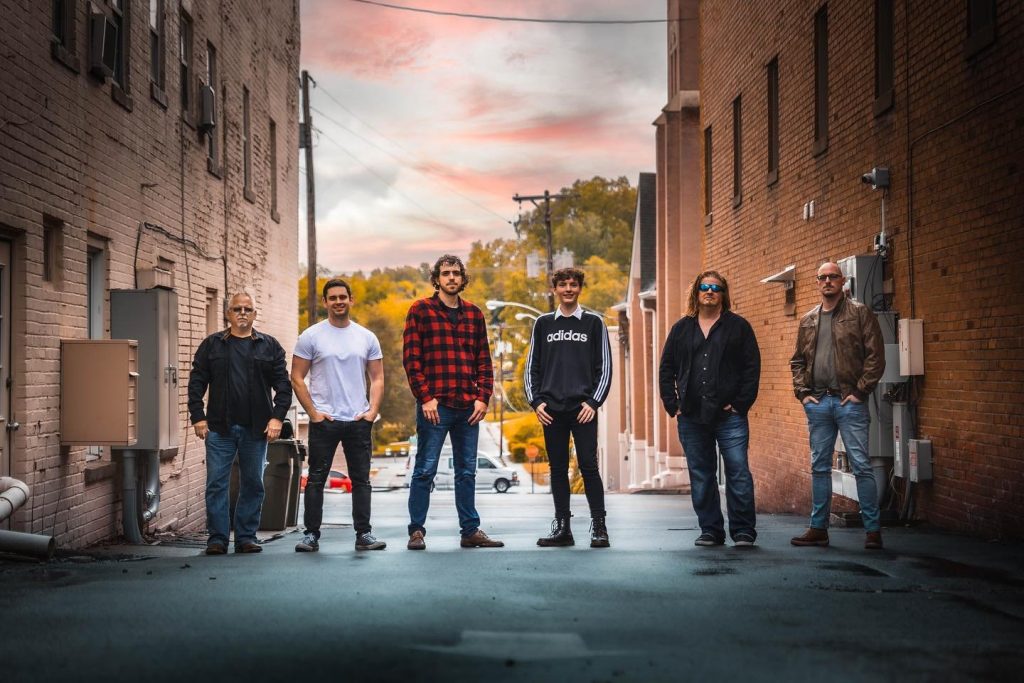 Music entertainment on the main stage features McKane London’s very own BROOKS KIDD, recent 2022 American Idol contender at lead vocals. This hard driving band sings your favorite pop, jazz, R&B and soul tunes in their own style! Making appearances across the state, this up and comer band is worth watching! 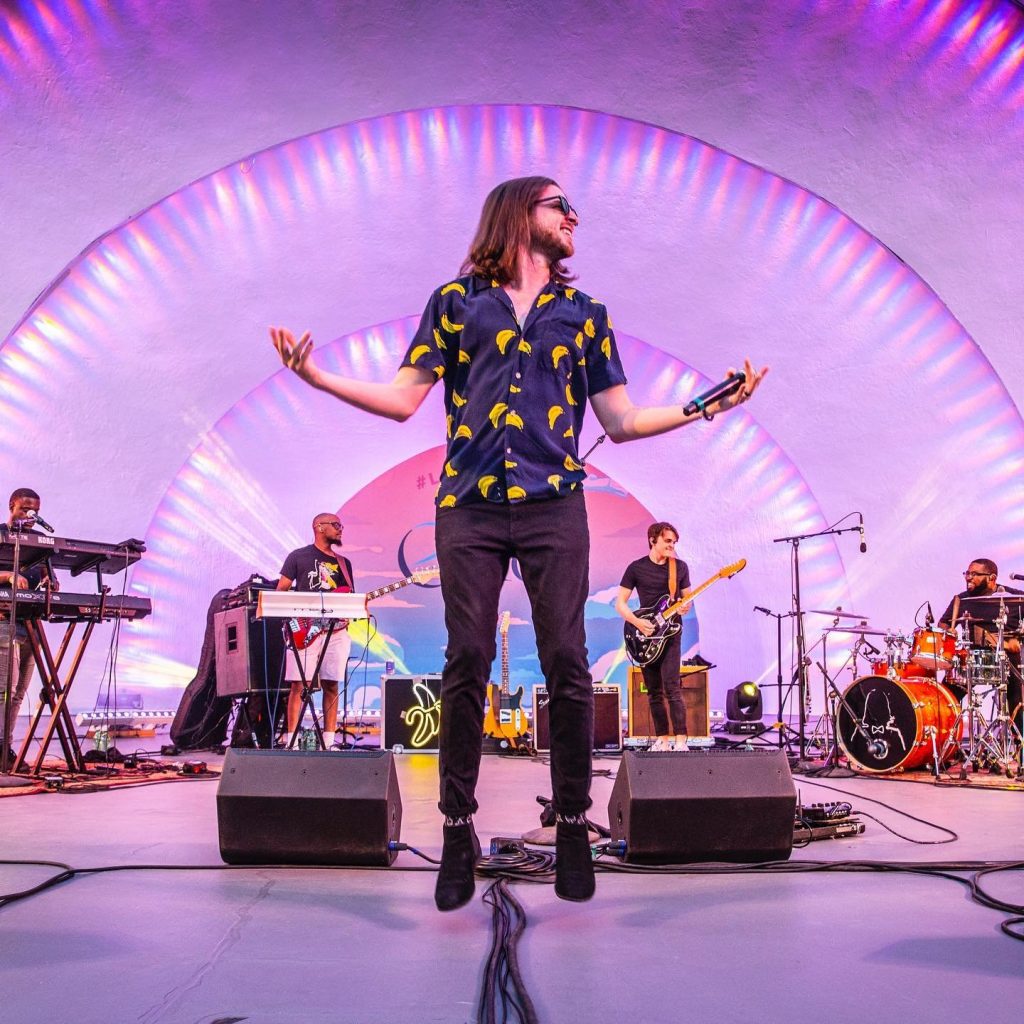 Nick Black Band is Memphis’ newest Soul artist stepping out onto the music scene, and he’s doing it with a style that will force you to take notice. Take his modern soul voice, fold in his soulful horn and string arrangements, add an infusion of hip-hop and old school rhythm & blues, and you’ve got a sound that demands attention. 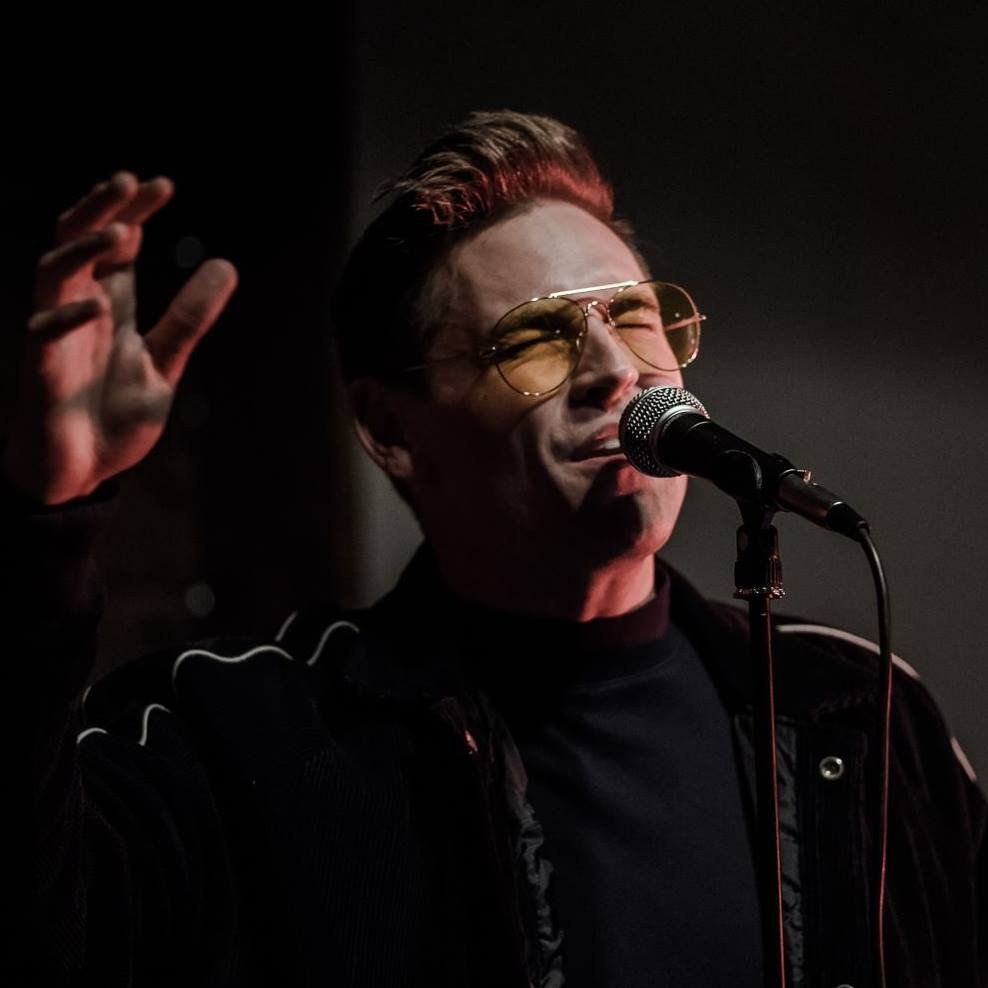 Brennan Villines As longtime friends, Brennan will join Nick and the band for this rare, special event. A native of Kentucky, Brennan’s background is extremely versatile. Brennan is an award winning jazz performer and musical theatre director in Memphis with a DNA chocked full of blues and soul music. His energy is contagious. 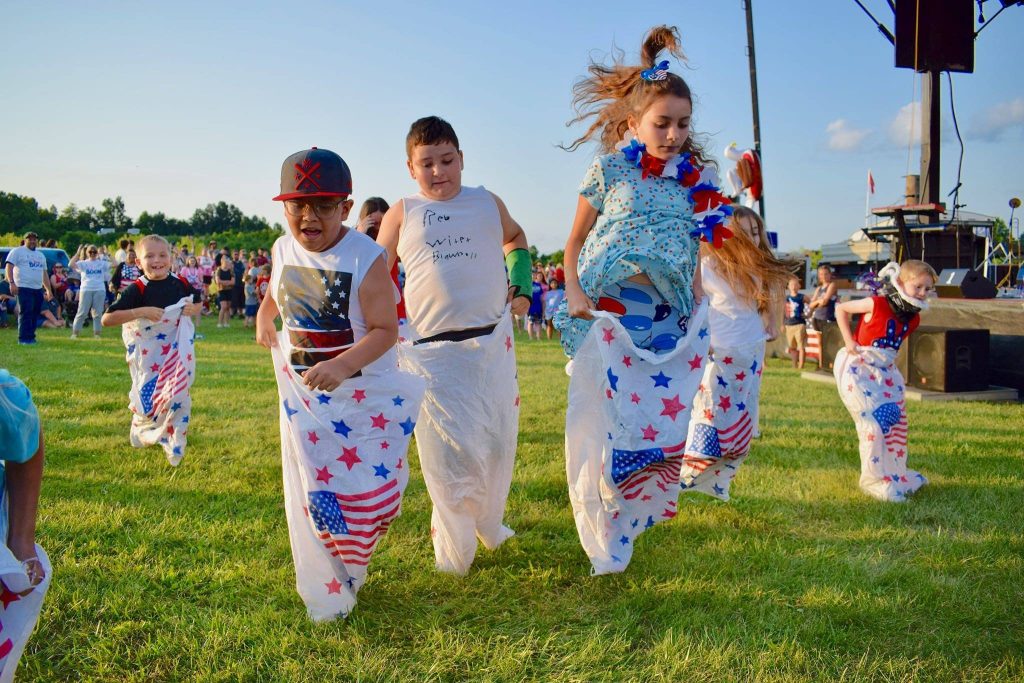 In between sets, the main stage will feature Karaoke and fun contests for young and old alike. Limber Limbo contestants are a highlight. Crowd entertainment includes strolling musicians, magician, stilt walkers, jugglers, unicyclist, petting zoo, train rides, inflatables, face painting, contests and more. Food vendors will be on hand selling staples such as hot dogs, hamburgers and shaved ice to make sure no one goes hungry or thirsty during the six-hour-celebration. Besides the food and beverages, everything else is free of charge at Red, White and Boom.
Come out and enjoy Southeastern Kentucky’s premier July Fourth celebration in London on Saturday, July 2. “City of London Tourism is honored to present the festivities for our community’s Independence Day celebration,” said Chris Robinson, executive director of City of London Tourism. “We look forward to a great day full of fun for everyone.” 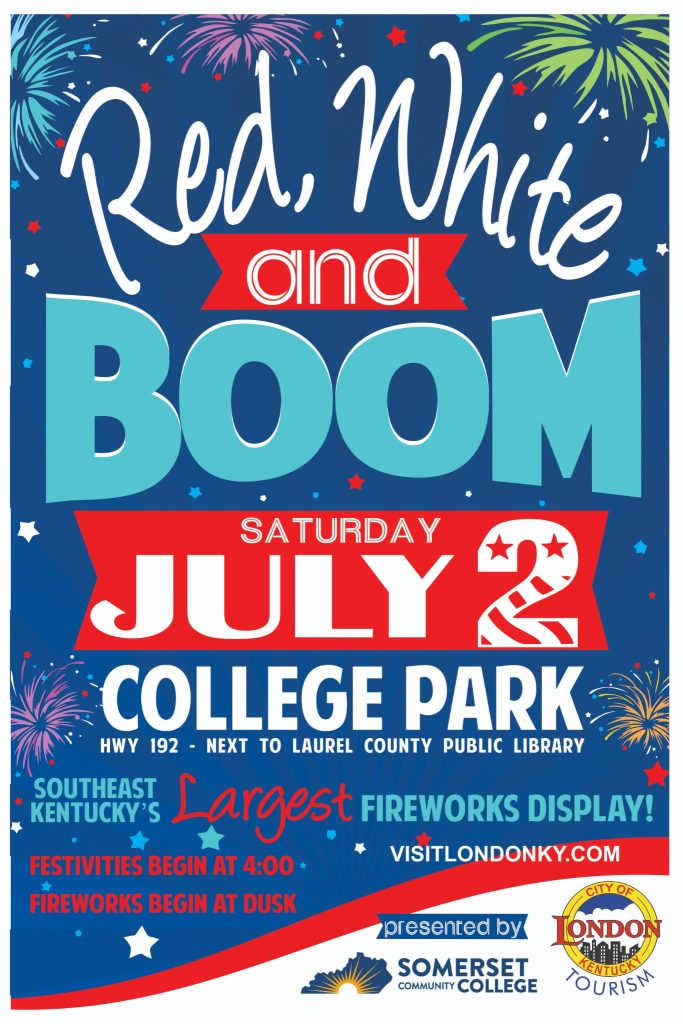