Which Came First, the Colonel or the Festival? 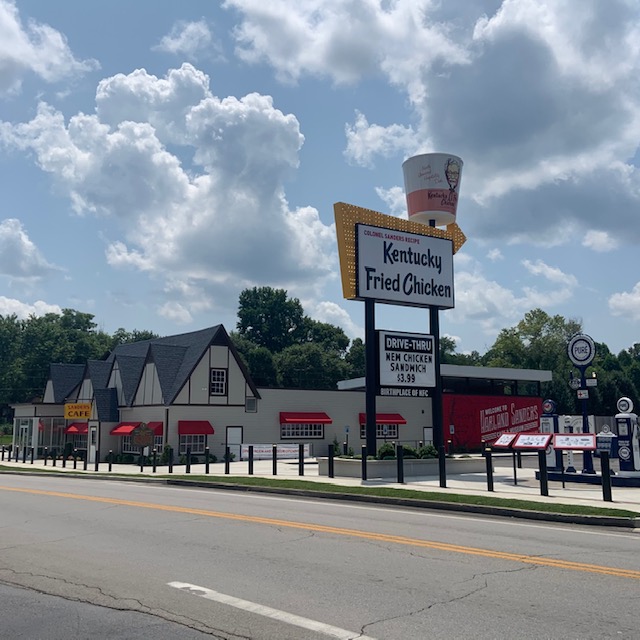 Which Came First, the Colonel or the Festival?

Kentucky Fried Chicken is known worldwide for being “Finger Lickin’ Good”, but where did that all begin? Located in Corbin, KY, in southern Laurel County, you will find the birthplace of where it all started, with just 11 herbs and spices. The Harlan Sanders Cafe and Museum has been visited by tourists for many years. Newcomers will get the chance to experience something new coming soon.  In late 2019 the Origianl KFC Resturant and Museum start their adventure to renovating and updated Col Sander’s legacy. Now the finishing touches is all we are waiting for, unfortunately due to the COVID-19 pandemic, a grand opening and the excitement of the town has been pushed back; but we are closer than we were. On the bright side, the time allowed for more renovations to come about, adding on to the experience of visiting the original KFC. According to the Times- Tribune of Corbin, new attractions have been added within the museum such as “Harland’s Herb and Spice room that celebrates Colonel Sanders signature World Famous Original Recipe Chicken and secret blend of 11 herbs and spices, a historical KFC timeline that celebrates the legacy of Colonel Sanders to be featured in an expanded museum space, Model of Sanders Café’s original kitchen and a hotel room, and a retail area where guests can purchase souvenirs to commemorate their visit to the Sanders Café.” Locals are hopeful the dining room and museum opens up sooner than later, and possibly falls in line with the week of the World Chicken Festival so people from all over can experience both the festival and the new KFC while in town.

The city of London welcomes you to join us this year as we celebrate the World Chicken Festival September 23-26th, 2021. Come learn about and experience the place where Colonel Sanders made his famous recipe.