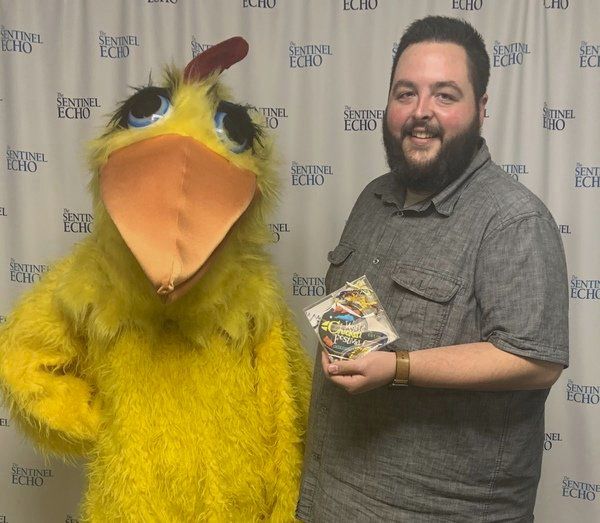 Posted at 12:42h in Blog Posts by Kelly Burton
0 Likes

For the first time in 30 years, the World Chicken Festival will get a new logo. This new design, focusing on the festival’s “World’s Largest Skillet,” aims to be both contemporary and instantly recognizable.

“When you look at other nationally marketed logos, a lot of times you don’t need words with it — you immediately associate the logo’s brand,” explained Kelly Burton, co-executive director of the World Chicken Festival. “With this new logo, I think we did a great job capturing what the Chicken Festival is all about.”

The new logo is designed by James Marcum, who has assisted with the design of various other World Chicken Festival projects in the past. It features a frying pan with a chicken beak and rooster comb/wattles, the shape of Kentucky with a yellow dot over Laurel County, and the text “est. 1990” over the panhandle.

“We had to come up with something unique because the World Chicken Festival is inspired by Colonel Sanders — he started KFC here in southern Laurel County,” said Burton. “We couldn’t do anything related to the Colonel because of the trademark of his cane, his bow, his glasses or what-have-you, so we had to think outside the box.”

“There was probably close to 10 logos that were designed — some more similar than others. There were several different possibilities,” Marcum recalled. “Some of the long-time Chicken Festival board members made suggestions. I took those suggestions and put my own twist on them.”

Marcum added that a large committee convened to help design the new logo. In addition, the new logo was shown at the Kentucky State Fair to strong positive feedback.

“When you’re doing a logo or design, your customer has an idea on what they want to do. It’s your job as a designer to bring that idea to life, and then some,” he said.

The new logo will be on display during this year’s World Chicken Festival, which will be held across Main Street in London from Thursday, Sept. 26 through Sunday, Sept. 29.